Update 12th Oct. 2015: I purchased a UPS PIco which should provide a better automated solution.
Please see here for the install guide.

Or, an alternative to a UPS is this excellent (and cheap) fully automated timer based car ignition
solution made by Ronald M.


Initially I made a nice built-in version which had a reset / halt button and an On / Off button to
supply and remove power to the Pi via the 12v - 5v regulator. It worked really well but a little later
I stumbled across a car ignition switch solution which looked ideal, however, it wasn't quite as simple
as I had hoped...

being knocked out and was also getting a little frustrated with having to remove and connect the
cables each time. So I looked to see if I could build it in somewhere. The obvious choice for me was
inside the front interior light housing. 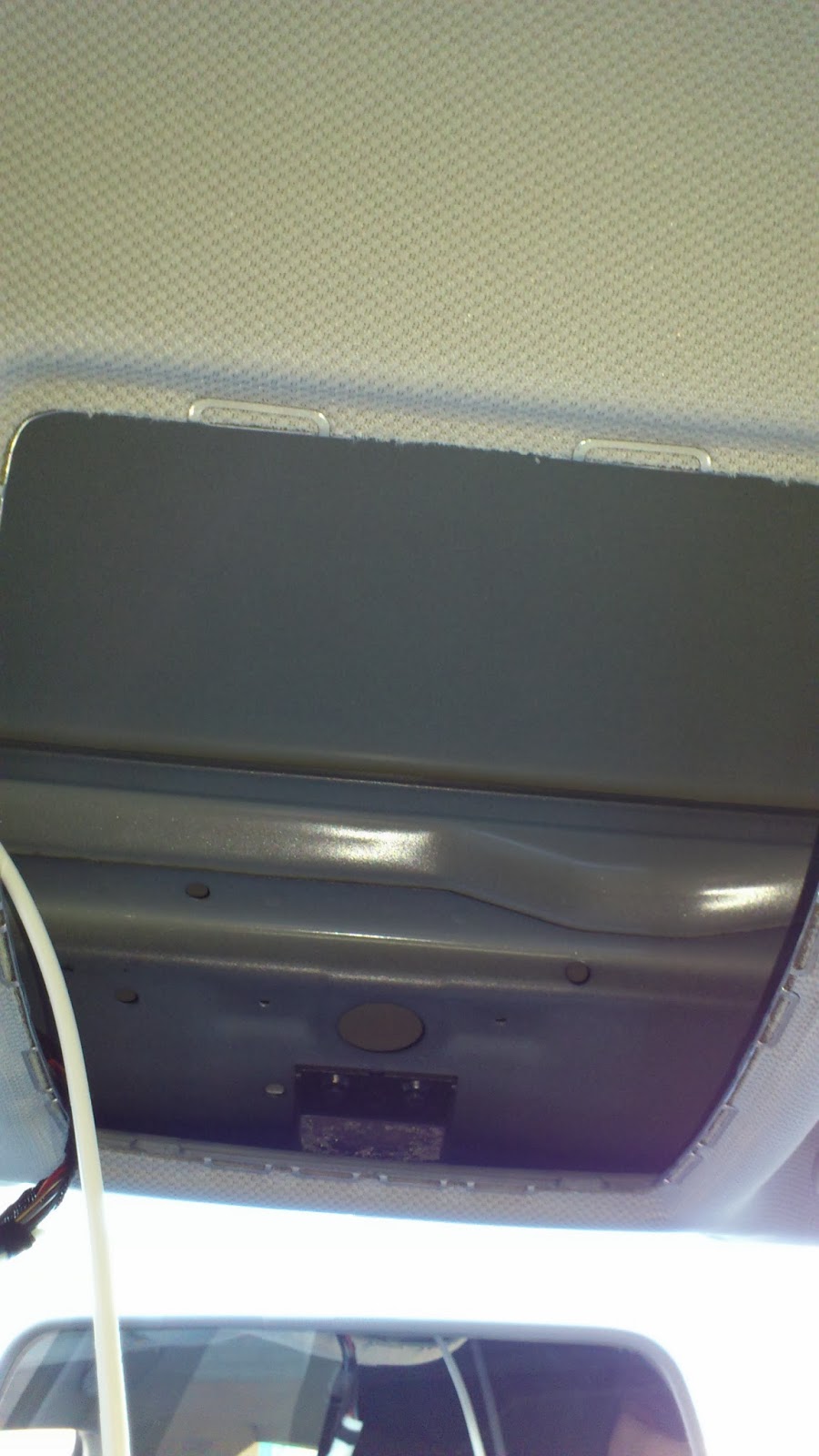 Plenty of space inside!

The parts I used to move the Pi into the light unit were :-
The interior light unit itself is very basic and has plenty of room so I just transferred the old Pi dashcam
inside the interior light housing. I then fed the white power cable to the fuse box along the roof and
down the left windscreen strut and the cream coloured USB cable for the rear camera up to the roof
via the right strut. The GPS is behind the bottom left black plastic tab in this picture. 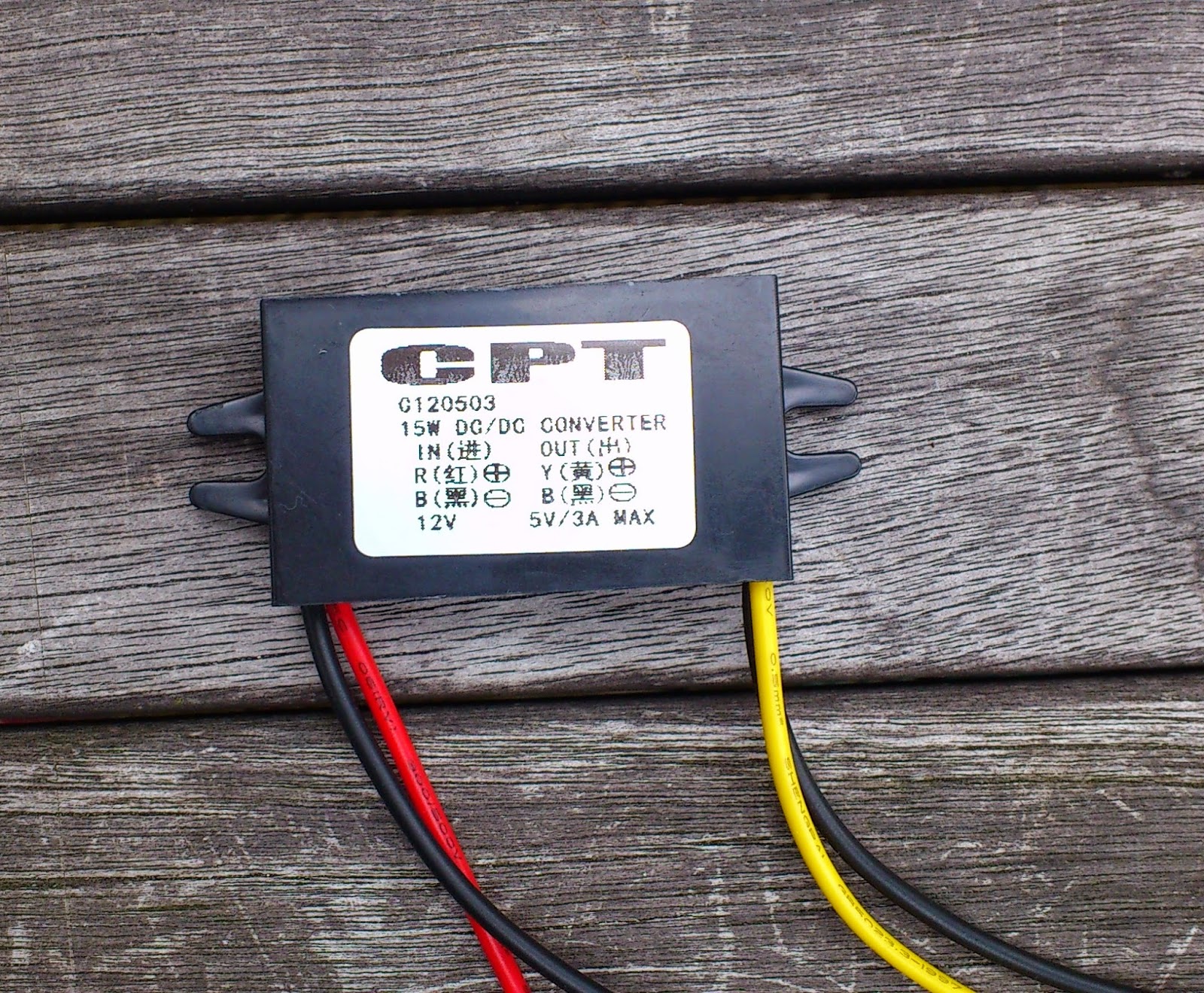 I bought this cheap 12v to 5v converter on eBay. It has been very reliable. 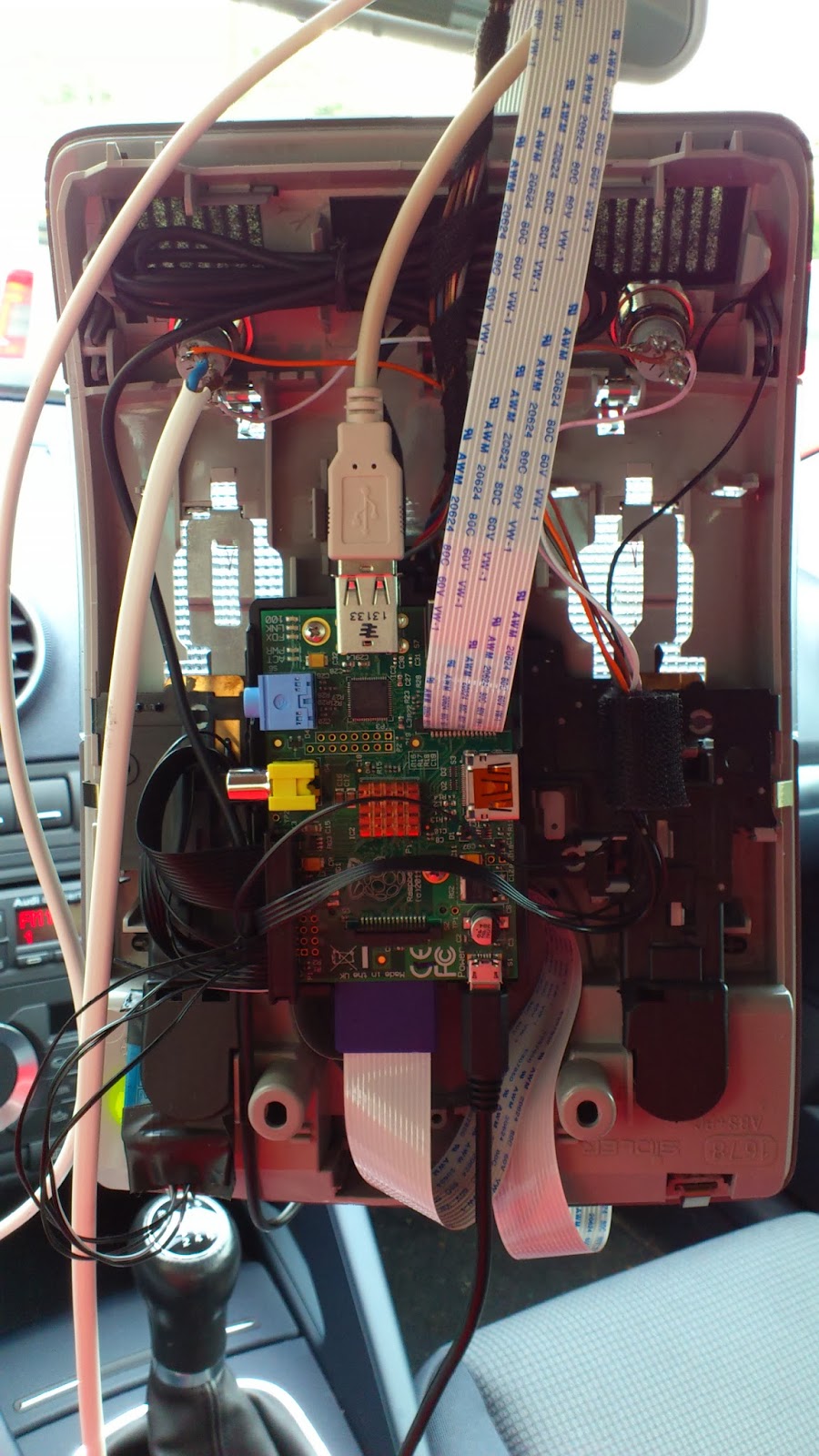 I put the Pi inside a case and used insulating tape on any exposed wires before moving the unit into place. 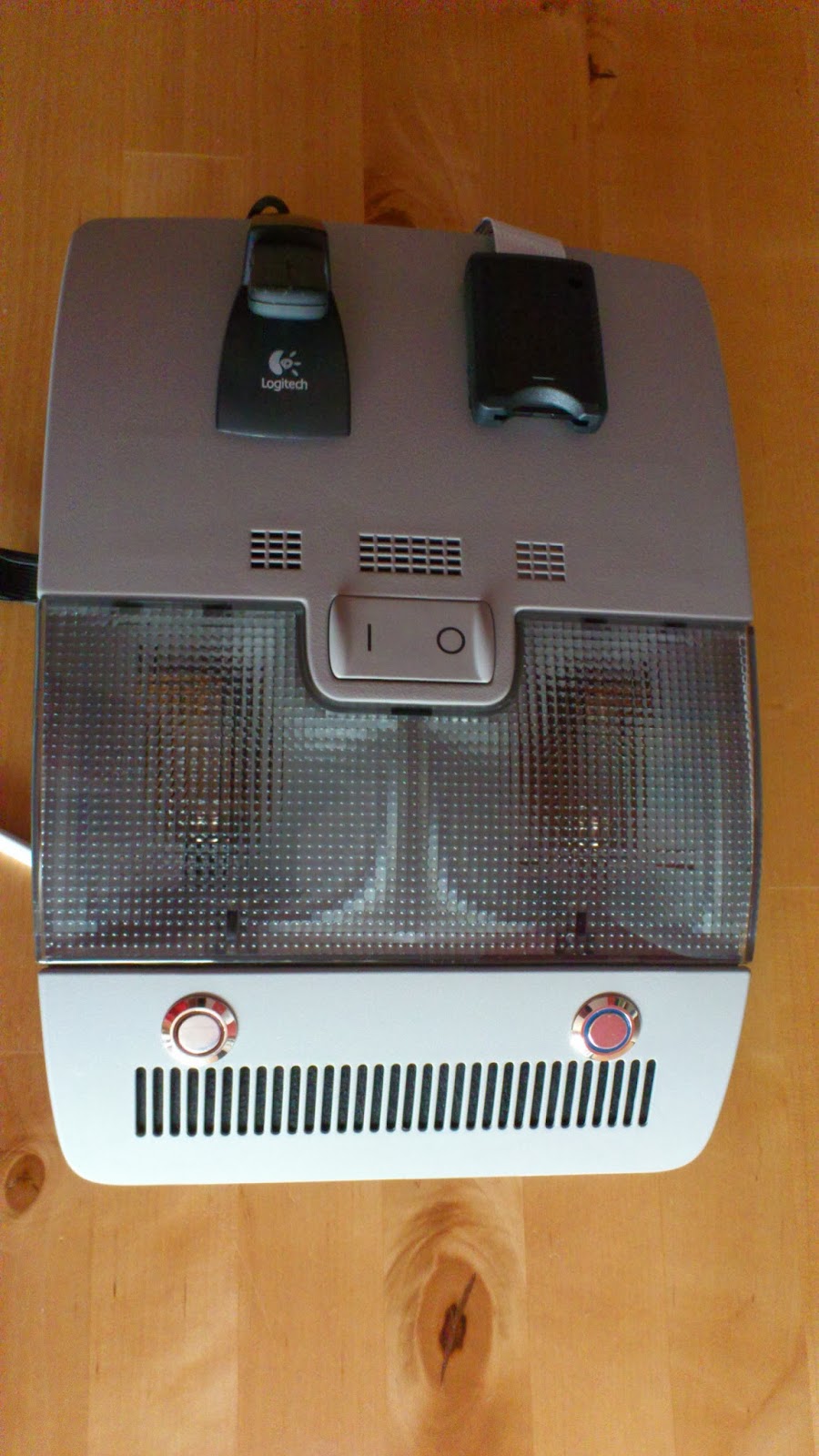 The buttons drill holes are 16mm which did not give many options where I could place them but this
is a good enough spot. Later on I removed the USB adapter because it was too visible in my rear view
mirror. At some point I am going to add a flat USB female cable instead. The right (left when in
position) blue momentary button is used for shutdown and rebooting. The left red button is the On /
Off switch and is connected to the converter which goes to the piggy back fuse plugged into my
cigarette lighter fuse slot. In my car this always has power so I use this red push button to remove
power from the converter and hence the Pi. I ordered a car switch from Mausberry Circuits a couple
of weeks ago which hopefully can be used to sense your ignition and shutdown the Pi safely.
If it works as planned the On / Off switch will no longer be required and the Pi dashcam will be
completely autonomous. 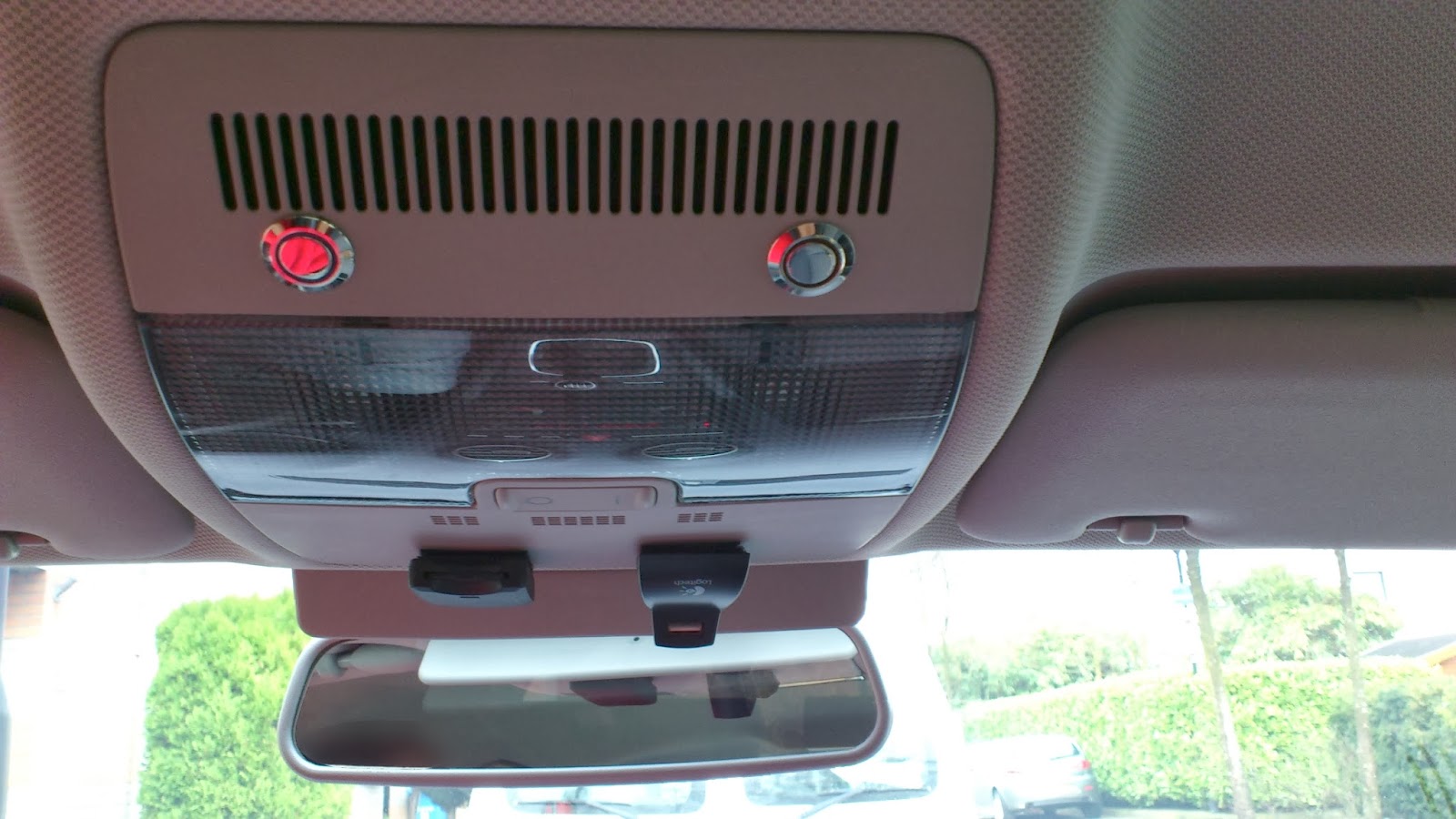 The Pi camera is just in front of the sun visor. It is very discrete and difficult to see from outside of the car. 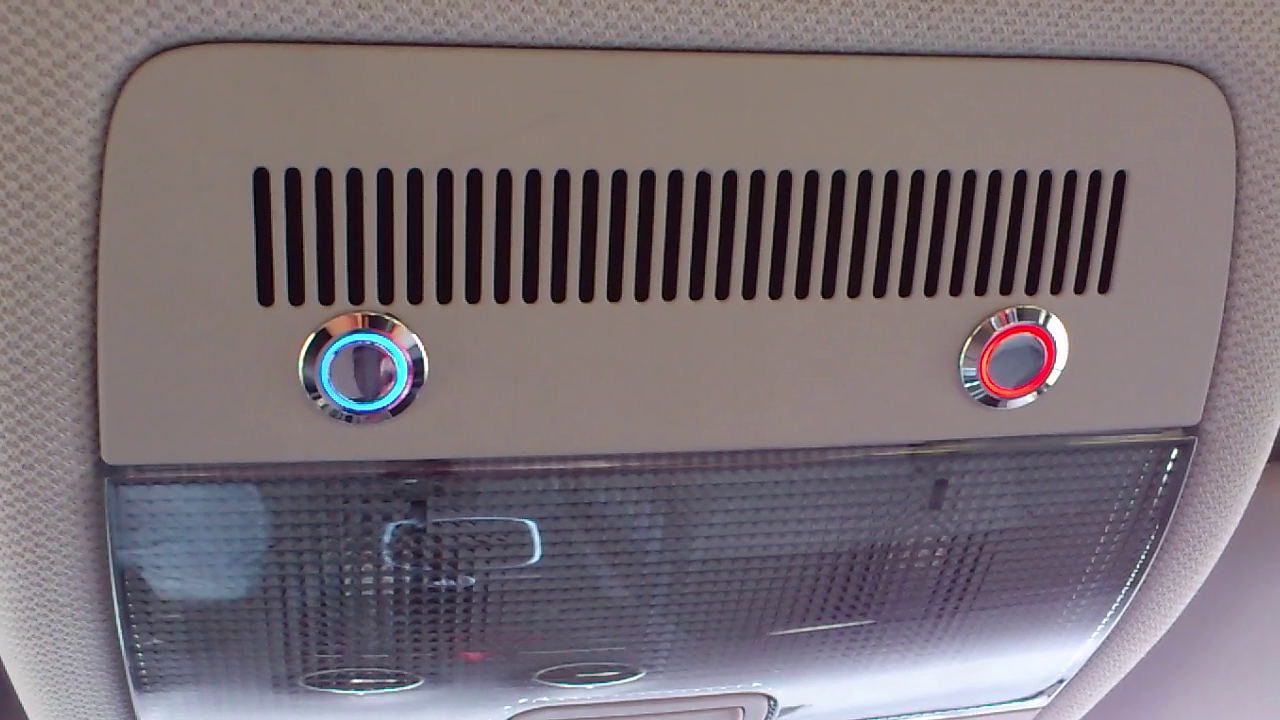 The LEDs on the buttons are powered and controlled by the Pi.

Some issues I have now are that the reflection from the dashboard on the windscreen is picked up by
the camera. The image is also a little more shaky as it's held in place on the roof lining. On the plus
side, the height of the camera gives a much better viewing angle. It is still early days yet and once
things are tweaked a little more I think this will be a really nice setup.


The car ignition switch
Well, I finally received the car switches from Mausberry Circuits (I had to pay €24 customs which
was a bit of a shocker). While I was waiting for them to arrive from the U.S. I had time to prepare
so it really was a case of just swapping out the orginal regulated converter with this new switch.
One power feed needs to be constant, the other power supply needs to be active when the ignition is
switched on. The third connection is the ground. Two more wires from the unit connect to GPIO pins
on the Pi. I modified their supplied script for my setup and updated my pwr_butt program to perform
a shutdown if it receives a SIGUSR1. I also moved the GPS unit further away from the Pi camera to
avoid that pesky interference.

Update: The morning after installing the car switch I went to start my car, it wouldn't turn over.
The battery had become flat overnight. I am positive I installed the switch correctly but it would
seem the switch was still drawing a large amount of current. Some further testing is needed
but this was somewhat disappointing (not to mention inconvenient).

The car ignition switch workaround (please read the update)
After fairly extensive testing and trying vanilla installs of different Pi OS's on the three switches
I'd bought from mausberry circuits (two micro USB and one USB) all seem to have the same problem.
They correctly shut down the Pi after the ignition is switched off but the regulator / converter
continues to draw full current instead of going into a 'low power' mode which fairly quickly leads
to a flat car battery. Although very unlikely, it is possible I was just unlucky with getting three duff switches.

Here is the circuit diagram :- 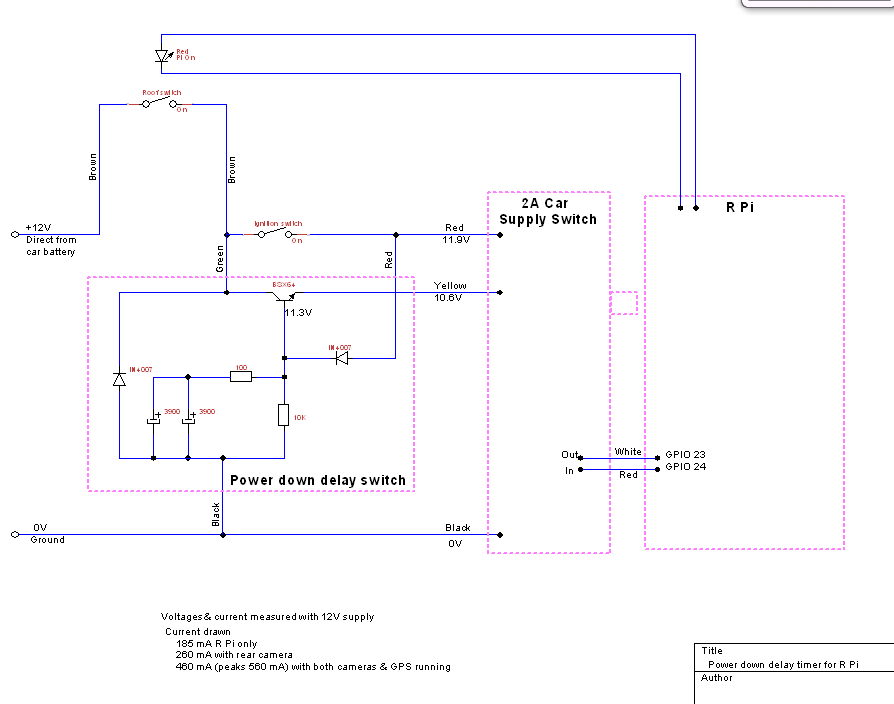 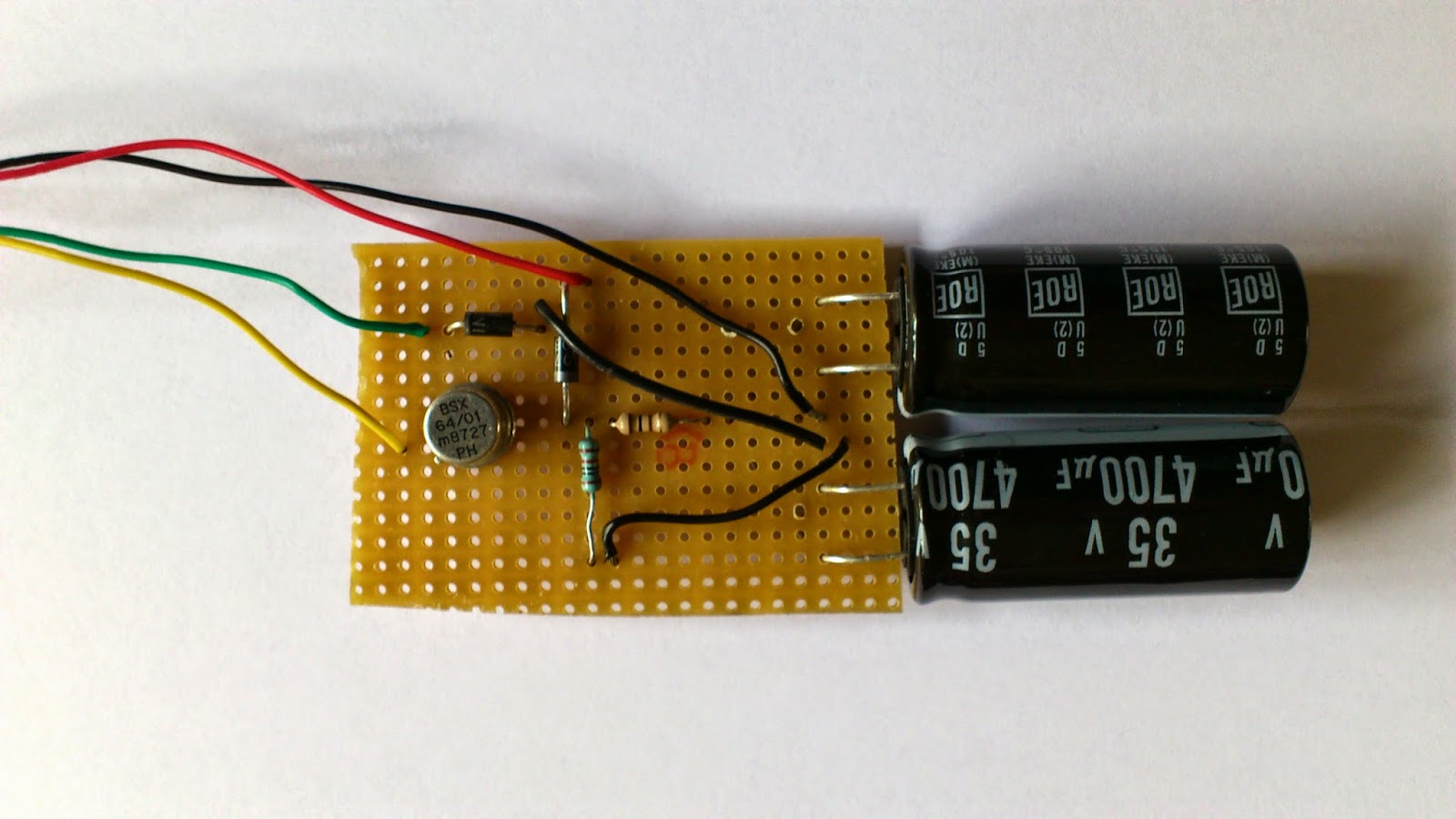 With the Pi camera, a USB camera, GPS and a USB memory stick all connected I seem to get around

8 - 10 seconds of power to the Pi after the ignition is turned off. This is enough time for the Pi to
gracefully shut down.

Disclaimer
This is still very much a test unit, I accept no responsibility for any damage this may cause to your
Pi, car or physical and/or mental well-being. Once I am happier that it is working (or not) I will add
a better description.

Update:
This solution worked well for a few weeks but when I went to add a new USB cable during testing
by switching the ignition off and on the Pi died. I am not quite sure why but possibly a power spike
frazed something on it. So I would not recommend trying the above capacitor solution. I am now
going back to using my original trusty converter with the reboot and on off switches.